Google released Android Studio 3.5 Beta version on 8th May 2019. There was lots of talk amongst developers at Google I/O about the need for quality and stability over features. The Google development team started Project Marble which was totally dedicated to making the fundamental features and flows of Integrated Development Environment (IDE) solid. The end result is Android Studio 3.5. The core areas focused by Project Marble are dedicated towards three core areas: system health, feature polish, and bugs. To download Android Studio 3.5 on the beta channel today click here.

Google I/O Although the improvements in the version are still in progress, some of the basic features that have moved the development process forward in case of Android studio 3.5 beta version have been mentioned in the forthcoming sections. We promise after reading this piece of information you will have adequate information pertaining to the new features in this beta version.

Without wasting any more time, let’s get started.

One of the talking points of feedback on Android Studio has been the slowness with which the IDE runs over time. The reason for that can be due to unexpectedly reaching memory pressure or IDE memory leak. As a part of Project Marble, Google developers addressed this issue by discovering more than 33 impactful memory leaks. In order to find out leaks, Google developers measure out-of-memory exceptions on an internal dashboard on a continuous basis. This is done for those who opt-in to share data enabling them to fix the most impactful issues. They find out some high-level statistics related to the size of the memory heap and dominant objects in the heap. There are two things which can be done by the IDE.

The maximum memory by default with Android Studio is 1.2 GB. For those developers who have larger projects, this might not be enough. Even if you have a machine with a very large RAM, the IDE will exceed the value. With the recently updated Android Studio 3.5 beta version, the IDE will not exceed this value. How? By recognizing the exact timing when an app project requires more RAM in a machine with a higher RAM capacity. This way it will notify the developers to enhance the memory heap size in a notification. It is even possible for you to make necessary adjustments through the new settings panel under Appearance & Behavior -> Memory Settings. 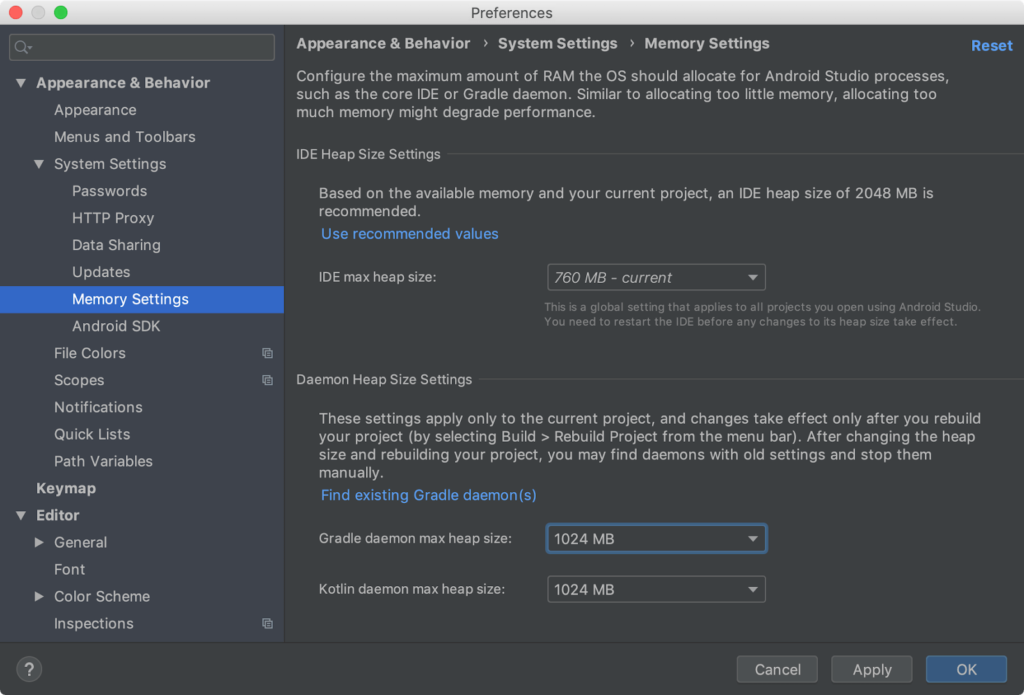 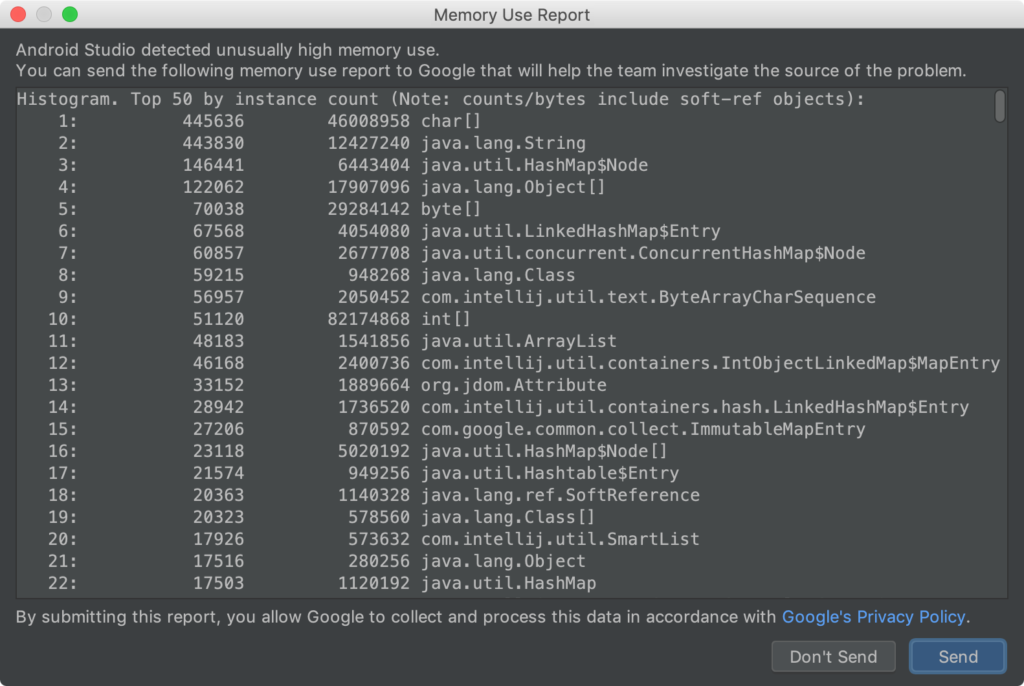 With the opt-in data it was possible to get earlier signals pertaining to common exceptions in totality which made the developers prioritize and fix issues quickly in the canary release process. Now, the beta version will assist you to reduce the number of times the prompt is received. This way the analytics and opt-in crash reports will become more actionable for our team. At the end of the day, you will be able to see a blinky red exception report in the lower status bar of the IDE less frequently.

In Android Studio 3.5, the infrastructure of the IntelliJ platform has been extended. Now it would be possible for the developers to measure UI thread stops that last longer than a few moments. There are also typing latency improvements that help you to edit data binding expressions quickly in XML.
Speed enhancements

If you are a developer with a larger project, the number one concern is speed. This was resolved in this beta version. There are slight improvements by integrating incremental build support to the top annotation processors like Dagger, Kotlin, Glide, and AndroidX data binding. With such incremental support, it is possible to get a notable impact on build speed.

Android Lint is a code analysis framework in Android Studio that assists in identifying prevalent programming mistakes. But, there was a problem while running the Lint especially when it comes to running the batch analysis mode for large projects. There were several large memory leaks which resulted in an increase in the speed in Lint performance.

It is always a boon for developers if they are able to quickly edit and see the code changes without restarting the app during the development process. This beta version uses a more practical approach called Apply Changes. This works quite well for platform-specific APIs from Android Oreo to higher to ensure consistent and reliable behavior. While employing Instant Run the APK was getting modified which is not the case with Apply Changes.

There were certain complaints from the developers that the Android Emulator was taking lots of time when it comes to CPU cycles. This ultimately triggers the cooling fans of laptops even when the emulator is idle in the background. After much deliberation, it was found that Google Play Services and other related services were running rigorously in the background. Reason? The emulator was set to AC charging as default instead of battery discharging. Once we switched the battery discharging to default, the background CPU usage declined by more than 3 times.

One of the most annoying things that the developers found while using Android Studio was the unexpectedly triggering of red symbols across your app code. This used to happen while re-opening your project. The problem is, the Gradle build system retains a cache of all the dependencies in your home directory which enables the IDE to swiftly synchronize without re-downloading new artifacts. Red symbols used to appear during the recent Gradle change. These caches were periodically deleted to save hard disk space. The IDE was not aware of this discrepancy which resulted in the generation of red symbols for missing discrepancies. With the recent update of Android Studio 3.5 beta version, there is a conditional logic which can be used to scrutinize this state. There are other updates that Google developers are still working on but more of that in our forthcoming blogs.

The Android Studio team would ideally want the developers to use the latest version of the IDE. Reason? It is the place where it does bug fixing, performance enhancements, and active feature development. You might be aware that it is not a smooth process to upgrade your Android Studio since there are lots of issues revolving around fixing gradle plugin errors. With the emergence of Android Studio 3.5, the user experience has been updated when it comes to output windows, dialog boxes, and pop-ups. It guides developers when there is a specific need to upgrade. There are also several features like more sync available and build upgrade errors more actionable.

It has been researched and found that developers upgrade the Android Studio IDE and the Gradle plugin at the same time. With the recent releases, it has become possible for the developers to update IDE and your Gradle plugin independently. This means that in case you need the latest build system speed and correctness improvements, it is possible to upgrade only your Gradle plugin. But, it is also fine if you wait until you are ready. Irrespective of whether you upgrade your Gradle plugin at the same time as the IDE, it is recommended to download the latest release of Android Studio 3.5 to take advantage of all the enhancements.

According to the feedback received from different developers it has been found that there are several performances and error-prone usability issues that make editing XML the only resort possible. This is especially true when you are working with ConstraintLayout. To address the general usability of the layout editor, in Android Studio 3.5, a wide array of interactions from constraint deletion and selection have been refined. This has been done with the primary objective of making device preview resizing look better. You can always avail XML code editing with the help of a click. While the interaction refinements included in the beta version can prove to be a big productivity boost while creating and editing layouts in Android Studio.

There has been a long-standing issue with data binding. As far as the performance is concerned, creating data binding expressions resulted in severe hangs in XML files in the code editor. This problem was fixed after the recent update. On top of this, there are other enhancements like improved navigation, refactoring, and code completion.

After the recent update, the deployment flow was streamlined. This was done by integrating a new dropdown to effortlessly see and change the device you wish to deploy to. Developers can even use a new menu item to deploy to multiple devices. 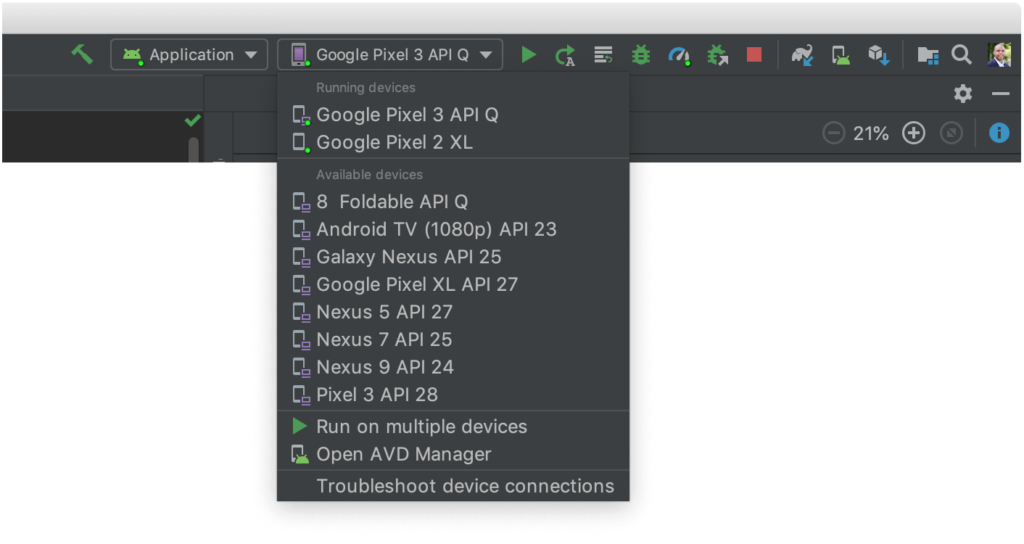 With the latest release of the Android Studio, developers will get added features and quality advancements in the 2019.1 IntelliJ platform release. The amazing thing is, the 2019.1 IntelliJ updates provides a wide array of enhancements, including better version control system integration and custom themes.

With the recent update in the IDE, now the Android Emulator supports Pixel 3a and Pixel 3a XL. On top of this, Android Studio also supports the development of foldable Android Virtual devices.

Android Studio 3.5 now officially works on Chrome OS 75 and higher versions on high-end x86 based Chromebooks. There are certain things that have been refined to resolve usability issues. Developers now have an installer for Android Studio. It now supports app deployment to external USB connected Android devices.

There are several users on Android Studio that employ Microsoft Windows. There were reports from users that suggested that the build times and installation speeds were getting increasingly lower. After much deliberation, it was found that recent anti-virus programs included Android Studio Build and installation directories as active scan targets. These folders contained small files which were created and removed over time. The I/O and CPU were partially taxed and this had an impact on the overall build/sync performance of Android Studio.

After the recent update of Android Studio 3.5, the IDE will scrutinize different directories that can have an adverse effect on the slowness, including the project build directory. It will then compare them with the list of excluded antivirus directories. If any inconsistency is found by the Android Studio it will reflect in the form of a pop-up notification and link which will assist in optimal setup. 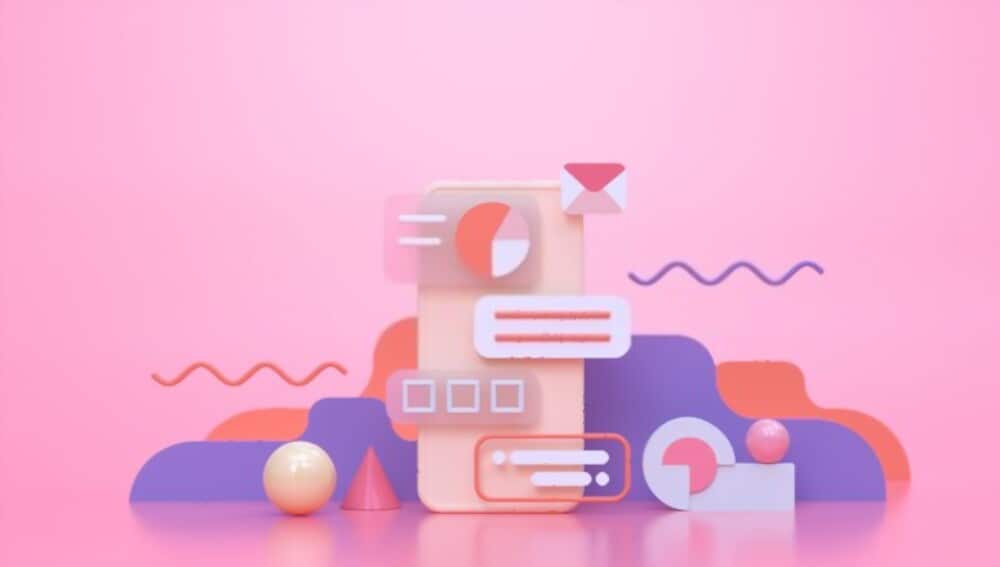 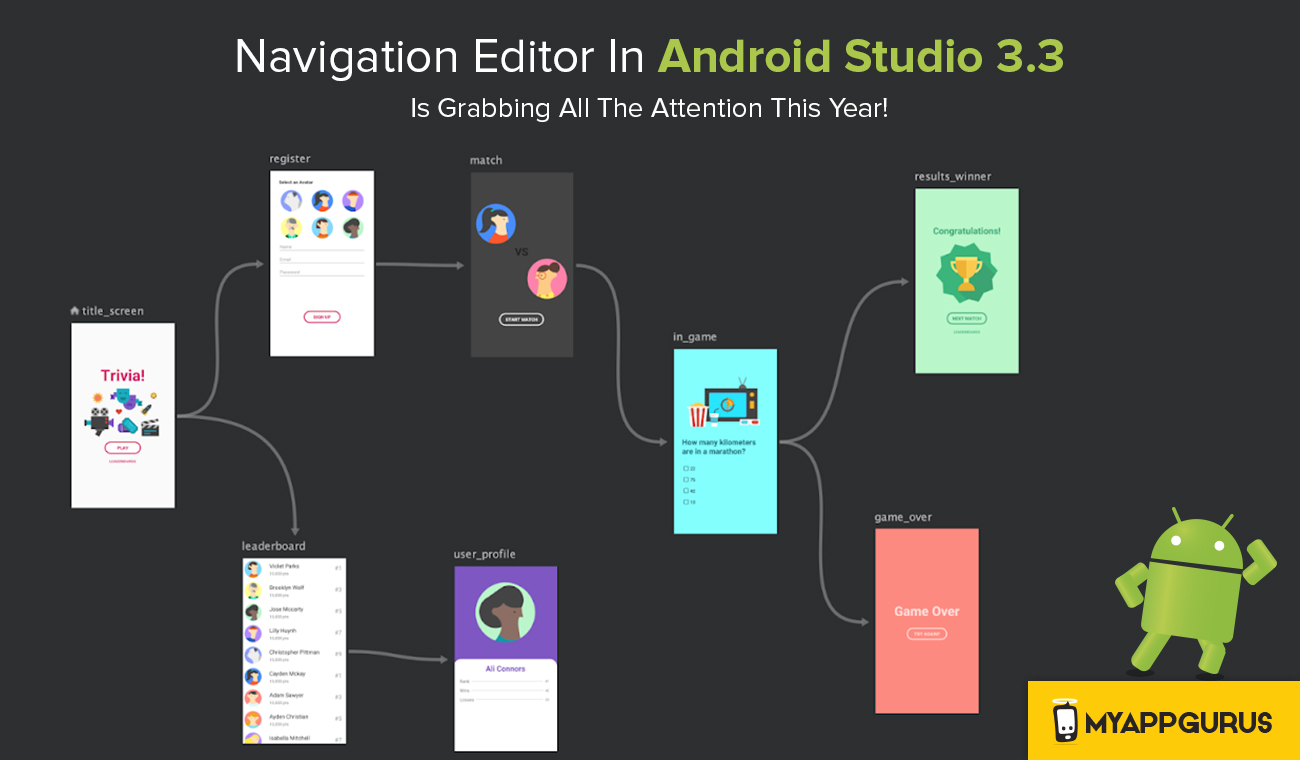