Most of the time, the biggest challenges faced by companies while designing mobile applications is the project’s cost. Several experts believe that hybrid technologies are the right way to go about business. The reason being, they can aid you to save several bucks. However, do you think that hybrid is only suitable for cutting down the costs? Or can it save your invaluable time during the development phase and get the application ready at a quick span of time?

In the forthcoming sections of this write-up, we have provided a comprehensive overview of the top hybrid framework: Ionic, including the top features that you should know about this ingenious framework. We promise after reading this piece of content; you will avail the services of an Ionic app development company and hire Ionic app developers to give your mobile app development needs the much-needed impetus.

However, before we look at the features, it is crucial to understand the meaning of Ionic. Let’s find that out.

Ionic is the most preferred mobile app development frameworks by developers that utilizes HTML5 to develop hybrid mobile apps. The fantastic thing about Ionic is it is an open-source SDK framework that has been developed along with Angular and Apache Cordova. Ionic is only behind Angular and Nodejs when it comes to popularity in the JavaScript-based programming languages or framework.

With the help of SASS, the Ionic framework provides different user interface features that help in developing interactive components. It utilizes JavaScript, CSS, and HTML and transforms them into native code which makes the application compatible for mobile devices. It is considered to be a widely popular hybrid framework due to the fact that its UI is quite the same as Native apps.

Now, that you have understood the meaning of Ionic and the things that make it accessible, in the next segment, we will divert our attention to the scintillating features of the Ionic framework.

Ionic is an open-source framework which makes it possible for you to manage its code structure. Mobile app developers can use this ingenious framework to develop hybrid mobile applications. You will be amazed by its attractiveness and stability that can come handy while developing a user-friendly mobile app.

You can develop conjoint and powerful hybrid mobile applications with this platform-independent framework. It is possible to get mobile-optimized codes of CSS, Angularjs, and HTML components using this framework.

Since Iconic is open-source, it makes it the best reasons to opt for this framework. Typically, the complete process of developing an app consists of the development, testing, deployment, marketing, launch, and maintenance. This makes it extremely expensive to carry out all these tasks to develop a world-class application.

And when it comes to selecting an app development framework, it costs roughly $1,000. However, in the case of the Ionic framework, you can avail it for free. In addition to this, it even lets you develop superlative hybrid mobile applications with utmost precision. 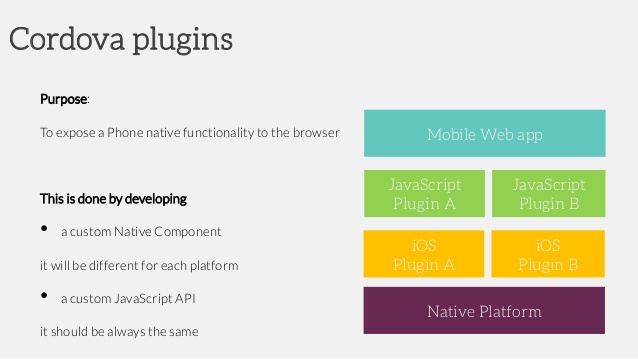 Plugins have a critical role to play in mobile application development. You should know that plugins are coded in JavaScript, and it comes connected to the application. Ionic app development framework employs Cordova plugins that assist developers in getting access to several other features of the mobile operating system, including GPS, camera, etc.

According to the business requirements and the services being offered, the mobile app developer can employ any of these plugins that work best to develop an optimal functioning mobile application.

With the help of the Ionic framework, it is possible to provide the user native app-like feeling for the mobile applications developed. An ionic framework allows developing a hybrid app and uses it on all major platforms like iOS, Android, Windows or any other mobile operating system. Once you launch a hybrid application across different platforms, the app on its own alters theme according to the mobile operating system to maintain the native feel.

Consists of an Alluring Default UI That is Effortless to Customize

Ionic consists of a group of default JavaScript components and CSS components that are enough to build a basic mobile application. You can integrate elements like sliding menu coupled with buttons, lists, form inputs, popups & prompts, navigation, tabs, sliding boxes, and much more. The default styles offered by Ionic are very sleek and straightforward. It is even possible for you to customize them by merely integrating one of the predefined classes to the element. You can achieve looks like these: 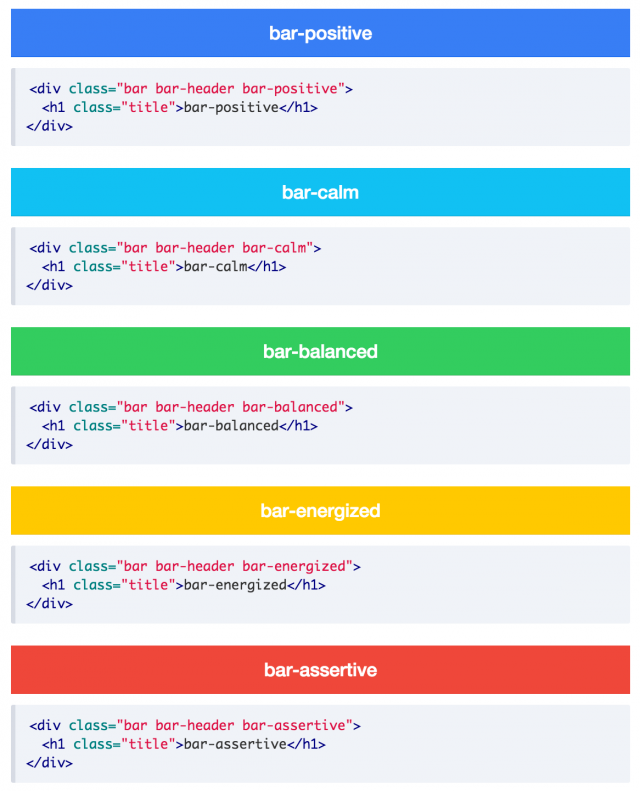 You can also be a little adventurous by effortlessly creating your custom styles and custom layouts & themes.

Ionic framework is a great option to develop native functionalities within a mobile application to run it on different devices having distinct operating systems.

The most significant benefit of Ionic is its simplicity that requires you to develop an app once instead of multiple times for separate devices/operating systems. The development process is also quite quick and is cost-effective. You also do not have to spend a lot of time on its maintenance.

If you wish to develop a mobile app using an Ionic framework, contact an experienced mobile app development company today and see how your mobile app gets a native look and feel using this ingenious framework!